National Institute of Technology (KOSEN), Yonago College (“Yonago KOSEN” as abbreviated in Japanese) was established in 1964 by the Japanese Government for the purpose of fostering highly skilled engineers. An organizational change in 2004 resulted in Yonago KOSEN being placed under the jurisdiction of National Institute of Technology (KOSEN), which is an independent agency administering 51 KOSEN campuses and about 50,000 students. The KOSEN educational system is very unique, admitting junior high school graduates into 5-year associate degree or 7-year bachelor’s degree programs.

The name “Yonago”, the city where Yonago KOSEN is located, is said to come from “Yonau no Sato”, meaning ‘the village where rice grows in abundance’. This later changed to “Yonau-go”, and then, to “Yonago”. Our school emblem was made by stylizing the kanji 「米」, read in Japanese as “yona”, together with「高専」, read in Japanese as “kousen” (which is a Japanese abbreviation of the phrase ‘college of technology’). Japan’s National  Institute of Technology are commonly known as “KOSEN”. 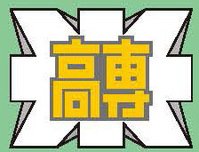